The Monkey King’s cheeks did not clap for me at UFC London. To make matters worse the swap to Chris Curtis from Hermansson on Friday afternoon was a bad move. Then as if it couldn’t get worse, both Mokaev and Diakiese put up slate shattering numbers on DraftKings, but terrible scores on FanDuel. My DraftKings entries surprisingly worked out for profit despite the 11pts from The Monkey King.

After last week I have sworn off playing wrestlers that likely won’t get a finish in my FanDuel lineup, the upside just isn’t there. All of that control time and advancing means nothing over here. Unfortunately, this week I feel forced into many plays rather than actually being excited to play many of them. There is certain chalk that must be eaten for the way I play this week, and then there are fighters that just offer too much value to ignore in the five rounders.

Below you will see each of my favorite FanDuel plays for UFC 77, if you have any questions please don’t hesitate to comment below and I will do my best to answer them!

I truly hate this play, but in cash and single entry I believe it will be a required play. The tone circulating the MMA DFS community is that Hamdy Abdelwahab is a can crusher and has a questionable record. Due to that narrative, everyone is recommending their followers to use Don’Tale Mayes. This will likely have his ownership through the roof for an $8500 fighter and force the play for cash and small field single entry.

Prior to right now, Mayes was on my “nope not ever” list. I just don’t have that much faith in him and hate that my hand is being forced by a narrative that I am not even sure I buy into. In the interest of full disclosure, Mayes would be the first guy I take out of my lineups in multi-entry where it pays to be different.

For now I am going to hope that the can crusher narrative is right and Don’Tale Mayes can repeat his multiple takedown and finish performance from his last fight against Josh Parisian. If he does do that, then this play will pay off right around 100 points – maybe more if he can put that work in during the first round.

Here is a fight I am really excited for, and a fighter that I am pumped to roster in my FanDuel lineup. Pavlovich is fighting Derrick Lewis and the one sure thing about the fight is that it won’t see the score cards. Both of these fighters have insane finish rates, and I believe that Pavlovich is going to be on the right side of this one.

Derrick Lewis is always live for a knockout just because of the devastating power in his right hand, but he is definitely the less skilled all around fighter here. My hope is that Pavlovich will overwhelm Lewis with volume and pressure to activate the quit gene that Derrick Lewis clearly has coded into his fighter DNA. When the going gets tough, Derrick Lewis gets out of there.

Pavlovich has power in his own right, and really this fight will come down to who catches who first. Whoever catches the other is going to score well over 100 points and I would be surprised if this one made it past the first round.

I went back and forth when it comes to the Women’s championship match. My head was telling me leading up to this that the pick was easily Amanda Nunes. Then the pricing dropped and I was amazed that despite the line being much tighter between the two, the salaries were every bit as wide as the first time. Despite that, I was still on Nunes to win at this point.

Then I watched the UFC Embedded about Amanda Nunes that went into how she left American Top Team (which we already knew was happening) and opened her own gym. The only thing is, it’s not a gym. It’s a secluded warehouse type space where she is cut off from the world. Now, maybe that is her thing and exactly what she needed. I have a hard time believing leaving one of the best camps in the world to do your own thing is the move however. As a follow up to this I watched her media day and was picking up on some of the same undertones that I did from Joanna and Cerrone recently. I am not sure she is still interested in fighting.

As a last ditch effort to talk myself into sticking with Nunes I went back and watched the first fight again. I just wanted to revisit the narrative that Nunes dominated the first round, and that her gas tank did her in. Nunes did in fact win the first round, she swept Pena’s leg to bring her down once and then sat her down with a punch later. Then she finished the round on top defending a submission attempt. The one thing I wouldn’t have described that round as was dominant. She won it for sure, but she really didn’t do much. Even the knockdown was questionable in my opinion. She landed 10 total strikes in round one and had over three minutes of top control. She certainly did nothing to deplete her gas tank.

In the second round the fireworks began, and Pena drew Nunes into a war and out war’d her. If Nunes’ gas tank played into it I have to believe that it was only because getting punched in your mouth is tiring. In the final moments Nunes tapped to a choke that wasn’t even an actual choke. She wanted out. It was the McGreggor tap against Khabib in replay. This is a bit of a sports cliche, but Pena just wanted it more.

I think that Pena is going to be more confident coming into this one, and Nunes less so. Couple that with an immense salary savings on Pena and she is the clear play for me. Either Nunes crumbles and Pena gets the finish or Pena survives a beating for five rounds. Pena is a tough woman, and at this price makes all the sense in the world.

I am actually on the Moreno side in this one from a straight pick perspective, but I believe that it 100% goes the distance. So when the salary is $20 for Moreno or $10 for Kara-France, I will take that savings in a decision fight every single time.

KKF has great takedown defense and I think that makes this fight much more even than it would be if the takedowns were going to be a factor. The one reservation I have is that we know Moreno can go five rounds and we have not have the opportunity to see that from KKF. Ultimately however I can’t imagine a guy in that weight class that is mostly striking having any kind of cardio issues.

I would expect a nice back and forth high paced striking contest here and get at around 60 in a loss and closer to 90ish in a win. That is my hope for my punt play of Kai Kara-France. 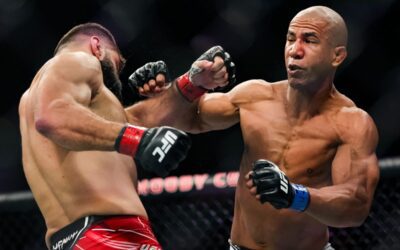 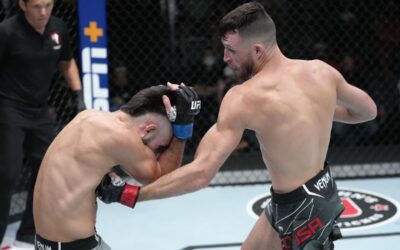 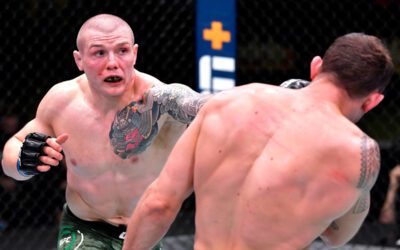