Seems like just yesterday we were going over a pay-per-view and here we are again. While I love the quick turnaround from fantastic event to fantastic event, it is a bit bittersweet knowing we are coming up on the slow part of the year with only one more big event to go before the layoff.

This UFC 281 slate is one that I personally wouldn’t recommend missing, with numerous high level matchups going down on the slate. One of the important things to note about this slate is the amount of live dogs there are, with nearly every fighter having a clear path to victory in their matchup.

Below you will see my recommended fights to target on the FanDuel slate for UFC 281. If you have any questions please don’t hesitate to tweet @WeWantPicks on Twitter and they will definitely get back to you ASAP.

This fight is a light heavyweight matchup that will most likely end in spectacular fashion. It is the most heavily favored fight on the slate to end inside the distance and both people involved in the fight are very dangerous.

Dominick Reyes is almost a forgotten commodity in the division, having only had two fights since his questionable decision loss to Jon Jones in early 2020. Unfortunately for Reyes, in both of those fights he was knocked out. Both of those knockouts came from former and current light heavyweight champions however. Reyes is a solid offensive striker, but tends to be somewhat hittable on the defensive side. He has good takedown defense, and from what we have seen, solid grappling skills should the fight find its way there.

Looking to add to the string of Reyes knockouts will be Ryan Spann, who is a kill or be killed style fighter. In fact, Spann has only been to the judges twice in twelve UFC fights. The rest have all ended inside the distance in one direction or another. Spann is a bit more raw with his talent, but packs intense power in his punches and a pretty reliable offensive grappling game which is aided by his length.

You will definitely need exposure to both of these fighters in your multiple entry contests, and for single entry you will want to pick one. Personally, as a single entry player, it seems like it would be wiser to use Spann as there isn’t a ton of finish upside under $10 on this slate in my opinion.

These salaries were definitely the victim of FanDuel waiting so long to put out the slate. Over on DraftKings you were able to get Azaitar at a dog price of only $7700. Unfortunately we don’t get that luxury on FanDuel, but that doesn’t change the likelihood of the fight ending inside the distance.

Ottman Azaitar is a pure striker with an unreal amount of power. When he hits something, it stops moving more often than not. The big question is experience. He only has two fights in the UFC and one of them was pretty low level competition. Despite him showing a 100% takedown defense, he actually has had several fights in other promotions where he was taken down fairly easily. That could present a problem for him here.

Matt Frevola is a wrestler, but one that has fallen in love with his hands and doesn’t mind a good striking war. Depending on whether or not Matt lets himself get into those exchanges could change the outcome of this fight significantly. If Matt Frevola fights with a wrestling game plan and decent fight IQ, then he could definitely impose his will onto Azaitar. If he gets wild and stands in the pocket with Azaitar, then his night will likely end early.

Despite the lack of value in his price tag, I personally will be using Azaitar, but you could definitely gain some leverage over the field by having Frevola as I expect him to be much lower owned.

This fight is possibly the most exciting fight on the card in my opinion. I absolutely love Dustin Poirier, and since entering the UFC Michael Chandler has endeared himself as quite the fan favorite as well. Regardless of which way this one goes, it will be two gladiators putting on a show.

Dustin Poirier is a complete fighter that excels in all aspects of MMA. He has good hands, good wrestling, and does phenomenal in the clinch. The one talent that Poirier has that you can’t really measure is heart. Dustin will continue fighting when it looks like he should have been finished, and my expectation is that we will see this skill on display here.

Michael Chandler has been somewhat of an enigma since coming into the UFC, but even in his losses hasn’t been a disappointment. Chandler is a bully in every sense of the word, a heavy handed wrestler that just goes for it. He starts fast and has hurt several of his opponents fighting with that style. The issue for Chandler is that if he doesn’t get it done early, he could end up being a victim of that Poirier second wind.

The pace these guys will fight at will surely score well even if there isn’t a finish. It is hard for me to imagine a world where this one goes the distance though. This is another one where you will probably want exposure to both sides across your contests. 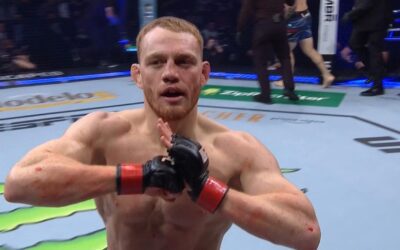 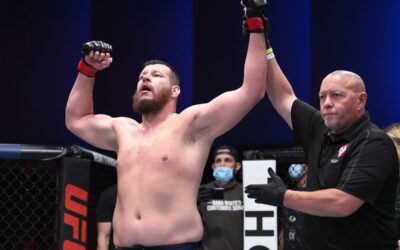 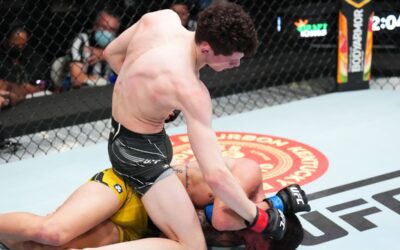