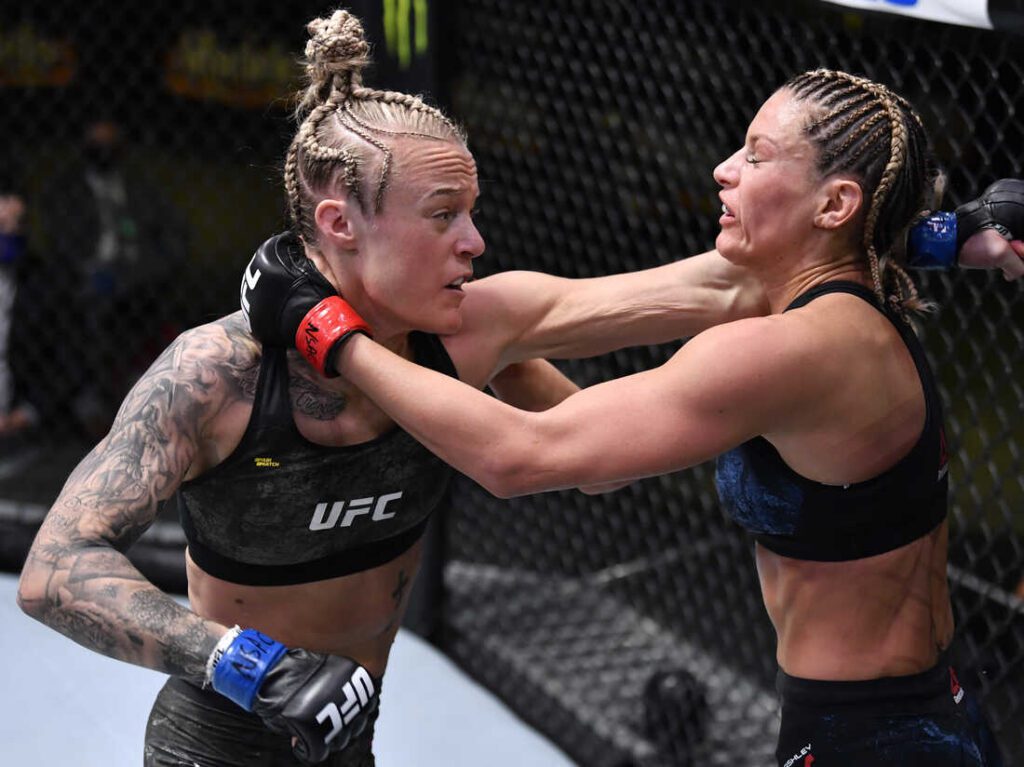 Despite Don’Tale Mayes doing everything he could last week to solidify his spot on my “nope not ever” list, I was still in a good spot to win money going into the co-main and the main event. Unfortunately Kai Kara-France got clipped in the liver by a hard body kick that folded him like a lawn chair, and then Julianna Pena couldn’t adjust to a check hook from the southpaw stance. So ultimately a losing week. Can’t dwell on it, on to the next one.

DraftKings went significantly differently with a score of 625.32 which was enough to win the WWP contest, and would have done very well in most single entry tournaments. Unfortunately I didn’t enter anything as I have stopped playing DraftKings now that I don’t have to do written content for it anymore.

One thing that I have noticed is that by trying to force myself to use the salary spots that I have setup for this write up I have been hindering my ability to create a complete lineup that I like. There are just some weeks where I don’t like anyone in a particular range and want to skip it completely. There are other weeks where I want to double or triple up in the mid range and fade the top range completely. So I am going to change the format of this article to the build style I will be using on the slate and some of my favorite plays within that build.

Below you will see my FanDuel breakdown for UFC Vegas 59, if you have any questions please don’t hesitate to comment below and I will do my best to answer them!

This card doesn’t really have a ton of dogs that are truly viable. In fact I was a bit put off to see the salaries this week. Virtually every fighter that I liked before I knew the lines ended up the favorite. That makes it tough to put together a solid lineup.

Because of that, I will be fading the top tier fighters like Terrance McKinney and Jamahal Hill this week. McKinney is one of my favorite guys to use as well, so believe me it hurts. I do NOT suggest fading either of them if you are playing multiple entry contests as you will probably want a decent amount of exposure to them in those types of contests.

My rationale for fading them in the small field single entry contests that I play is that I believe I can score better (although maybe not the highest score possible) by using more favorites this week and not scraping the bottom of the pricing list for value.

While I do believe that this slate is going to be favorite heavy, it is also going to be decided by finishes in my opinion. There are about five solid choices for an early knockout on this card, and at least two or three solid options to get a submission at some point in their fight. This will make choosing those fighters very important.

When it comes to being sure about a particular fighter on this slate getting a win, and being sure that the win is coming by finish, there is only one fight that screams to me. Serghei Spivac is fighting Augusto Sakai at UFC Vegas 59. Sakai gets a ton of praise for his boxing, but his only UFC knockout wins have come against guys that have a habit of getting knocked out in their losses. On the other side of the coin, Sakai has lost his last three consecutive fights by knockout.

Spivac has good power, but more importantly has much better wrestling and is a submission threat as well. My theory of this fight is that Spivac comes out and exchanges just enough to secure himself a takedown and goes to work. I expect a ground and pound stoppage and I am hoping it comes early.

Fiinding the value in this slate is one of the more difficult tasks in the DFS world as of late. That being said, there is one low priced fighter that I do see a ton of value in. Miranda Granger is being written off, but I actually believe she wins her fight against Cory McKenna. Mckenna lost her last fight to Elise Reed who is a skilled striker. Miranda Granger is a longer striker.

McKenna’s path to victory in this fight is her wrestling, but that is a tough task because she is giving up quite a bit of size and Granger is a legitimate submission threat. Not to mention that McKenna has been sucked into striking battles in the past. Those two things in conjunction with one another give me a glimmer of hope that Granger can make the difference on my lineup.

Assuming she doesn’t, however, and that McKenna does use her wrestling effectively, Granger should still get a decent amount of points in an active three round decision loss. The only fighter priced lower than her that will offer a somewhat safe floor would be Sato, but I will likely be using Battle so that means Granger is the lowest priced fighter that has both a safe floor and finish upside.

To be very honest Pauga is a straight fade on DraftKings in my opinion. He doesn’t finish and he doesn’t really wrestle unless he has to. I just don’t see him being worth the $8900 DraftKings wants for him. So over there it would be a dog or pass situation. On FanDuel however this fight should score well in either direction.

I do believe the most likely direction for this fight is Pauga coasting to an easy, but active, decision win. He was one of the only fighters in season 30 of The Ultimate Fighter who actually looked like he belonged there. He is a smooth striker that also seems to have solid grappling skills, but is certainly a few steps removed from being a true wrestler. The biggest concern on him is his size, he is more of a light heavyweight playing the role of a heavyweight for the purposes of getting into the UFC. I highly doubt he stays at heavyweight should he win this contract.

On the other side of the cage is Mohammed Usman, the younger (but much bigger) brother of UFC champion Kamaru Usman. In complete honesty, it does not appear that they share the same level of talent. Mohammed Usman appears clunky in the cage, unpolished, and I am almost sure he would have lost his first fight in the TUF house had his opponent had one iota of fight IQ. That being said, again we are dealing with a slate that doesn’t have many good dog spots. To put the opportunity in perspective here – Usman has great power in his overhand right, could potentially utilize his size advantage to get the fight on the ground, and if nothing else is incredibly durable fighting a guy that doesn’t really finish to begin with. That spells value.

If I played multiple entry contests I would likely have even exposure both ways, but because I only play small field single entry I am somewhat leaning Usman here to save some salary and still get tremendous upside from the play.