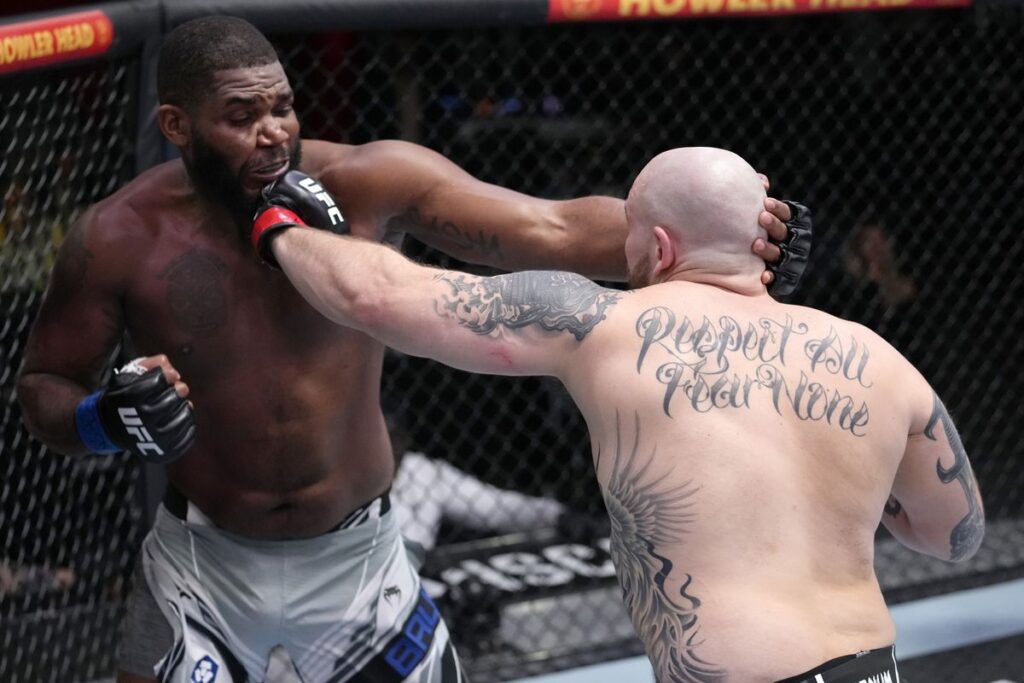 UFC AUSTIN exceeded expectations as a fan, the card delivered violence and exciting decisions plus of course horrible Texas judges. As a bettor on PrizePicks the card couldn’t have been any worse. I was all the way off now on a two week slump honestly UFC VEGAS 57 will not be easy but we’re going to dive into it;

Cousin Umar has flawlessly handled every test put in his face so far in the UFC. The pressures of carrying the royal Nurmagomedov name hasn’t gotten to him under the bright lights and honestly he’s second only to Islam Makhachev coming out of that camp. His opponent Maness isn’t a slouch either he’s got some legit wins but I just believe Umar has him covered everywhere and will likely get the early finish. Umar lands 2.18 significant strikes per minute while Maness absorbs 4.72 significant strikes per minute. Everything points to the -1200 favorite winning effortlessly.

LOVE THIS SPOT FOR T.J BROWN! UFC fed him this matchup to prove his worth, I believe he’ll do just that. There’s levels to this and Sha Yilan is not on the same level as Brown. Whether this fight takes place on the feet or on the ground, Brown will have the upper hand. Brown lands 3.87 significant strikes per minute while Sha Yilan absorbs almost three significant strikes per minute. Brown’s takedown offense is sixty percent accuracy landing twenty out of the thirty-two takedowns he’s attempted while Sha Yilan carries an unimpressive thirty-three percent takedown defense. Brown is one of my favorite plays/bets on this card.

Aktion man vs The Black Belt Hunter now this is the proper way to kick off a main card. Chris Curtis has made me money ever since he joined the UFC, cashing as a huge underdog twice. I’m looking to make that three for three. Vieira is a very dangerous opponent but most of his danger lies in the first round. Curtis can weather that early storm then implement his own game. Ultimately I envision him knocking out Vieira in the second round.

I can’t believe I’m writing about this fight but here we are, I guess we need to find out who’s the worst heavyweight in the UFC. I see this fight reaching the third round hence the pick. Parisian is tough and can take one hell of beating, Baudot has striking it isn’t good but it’s something his gas tank is horrid. Parisian on the other hand has a decent chin, good volume and honestly I could see him edging out a decision win here. Moral of the story matchup has a great chance to see the third.

Frey under 1.5 takedowns or fantasy score