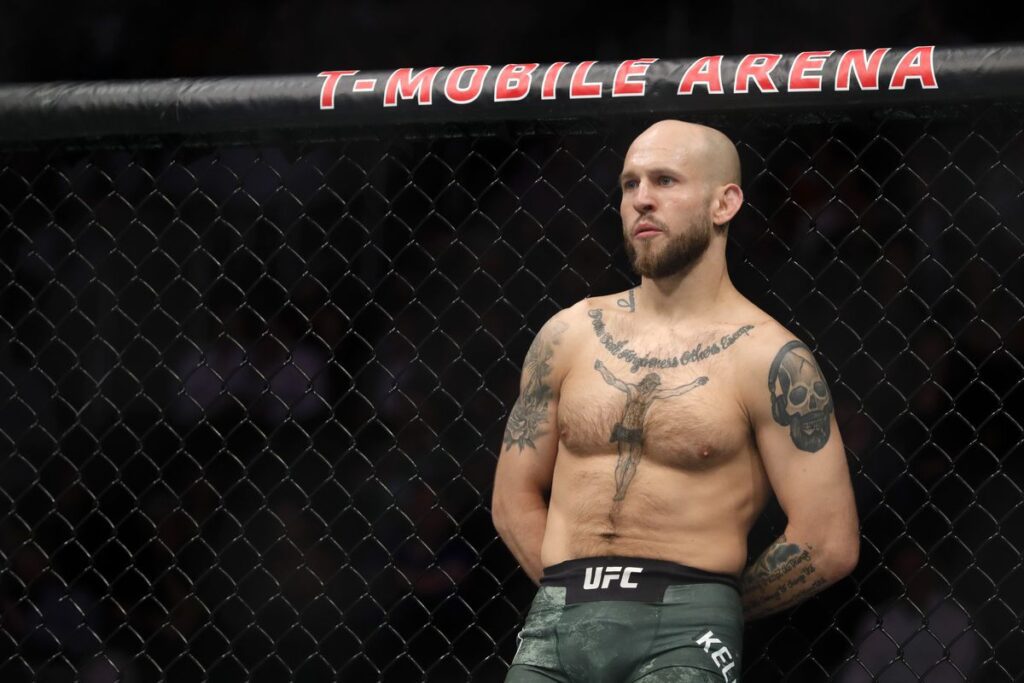 The Ismagulov play from last week was the only thing stopping me from backing the brinks truck up and taking down almost all of my single entry contests. Still managed numerous top five finishes however even without that foresight. Moving from Tony Kelly after seeing the weight miss and on to Roman Dolidze proved to be a big brain adjustment as well, and likely saved the day for me on DFS. All things considered it was a great UFC Austin for this guy, and I am hoping to go back to back this weekend!

UFC Vegas 57 looks like a different animal upon first glance however. This event screams decisions galore to me, and finding the value in strikers might be difficult. There are plenty of wrestlers to roll with, and that is great for any DraftKings lineups, but when it comes to FanDuel they just don’t score that well unless they are incredibly active wrestlers. These wrestlers save for one, not so much.

Below you will see each of my favorite plays for UFC Vegas 57, if you have any questions please don’t hesitate to comment below and I will do my best to answer them!

This is just an easy one here. There are four fighters in this salary range and not a single one of them offers the floor that Umar Nurmagomedov does. This is a fighter that can get you over 100 points as his FLOOR.

Nurmagomedov has any path to victory he wants, he could win by knockout, he could win by submission, or he could win by non-stop chain wrestling and rack up numerous takedowns. Anyway he wins, he will score big. Maness is his toughest competition to date, but I live by a motto when it comes to Dagestani wrestlers, they are just “built different”.

Not only am I locking in Nurmagomedov in the top tier of the salaries this week, but I will be locking him in at MVP because I think his score will be huge and a win is all but guaranteed – or as close as one can get in the world of physical combat.

This is another range that is somewhat lacking and I think this makes Morozov the clear cut winner. The only other somewhat sensible play in my opinion is to fade the range altogether and drop down to Rodolpho Vieira at only $14. Either way I decide to go with that should work out in a way that is favorable to my lineup. Both of them might just make their way into my lineup. The only scary part about that is I would consider both of them more DraftKings friendly than I do FanDuel friendly fighters.

Morozov should win here, he is the dominant wrestler/grappler, and is fighting Raulian Paiva who was taken down four times in a fight with Kyler Phillips that he clearly lost despite the ultimate decision. Paiva has been knocked out twice in the UFC as well, while Morozov has only lost by submission since entering the promotion. One of those losses was to Umar Nurmagomedov as well.

Even if this fight stays standing, I like Morozov to stay in it, which just gives us more opportunity for takedowns, submissions, and keep hope alive for a knockout. This might be one of the lower scoring fights on my lineup, but in a win I think it will be a crucial piece to gain leverage over the other fighters in this range.

In complete honesty, I had every intention of taking the lower priced fighter in this contest. I pretty much knew that was going to be Gamrot. What I did not know however, was that I would get him this cheap. Usually FanDuel does a better job of pricing than DraftKings, and I suppose this is slightly better, but it’s still way too cheap for a guy with a 20-1 record getting ready to fight in a five round main event.

I could see this fight going either way, so as great as Gamrot’s wrestling is, and as confident as I am in his ability to strike and avoid damage, I know he could easily lose. The problem is that so could Arman Tsarukyan, and Gamrot costs me less to put in my lineup.

That’s it, super cut and dry, just a better value this week and I think that you could flip a coin on this fight. The odds, salaries, and everything else is just far too wide in my estimation.

This is another value play in a fight that I believe could potentially go either way. I would again equate it to a coin flip and the only thing I am fairly confident in is that Kelleher is a tough dude and I don’t think Bautista is going to be able to finish him.

At this weight, Kelleher is a bully as well, which is going to slow the fight down and wear on Bautista. So for my money, and for $11 on FanDuel, I like Mr. Brian Kelleher to win by decision. He is also capable of getting a KO or submission as well in my opinion which gives him solid upside.

Maybe most importantly, I don’t think another fighter in this range has a prayer of winning. That makes Kelleher an easy choice.

I would like to wish everyone luck that competes on FanDuel this week. May you win all of the money – except my money. Make sure to tweet your winning lineups @WeWantPicks and we will do our best to recognize your greatness.