UFC Paris was a resounding success on all fronts and the French fans were treated to a classic night of fights that had them in a frenzied state as all five of the French fighters on the card won their bouts in the UFC’s historic 1st event.

STEPHANIE EGGER won the curtain jerker with a 2nd RNC submission over newcomer AILINN PEREZ who managed to give a decent account of herself in a losing effort.  The experience and step up in competition was very evident here and while I think PEREZ is capable of doing good things moving forward, her call out of Amanda NUNES was definitely premature.

CHRISTIAN QUINONEZ made his UFC debut and announced himself to the division with a 1st round TKO of KALID TAHA. Congratulations to everyone who took the plus money dog shot on him.

Benoit ST-DENIS dominated newcomer GABRIEL MIRANDA for the entire 1st round and finished him by TKO in the opening moments of the 2nd. ST-DENIS continues to impress and he becomes the 1st French UFC fighter to win on home soil in the historic event.

Fares ZIAM won a unanimous decision victory over newcomer and highly touted prospect MICHAL FIGLAK. ZIAM who was a sizeable underdog in this match up showed marked improvements since his last outing. On a personal note this upset loss was quite costly for me as I fully expected FIGLAK to win in his debut and left myself over exposed but it serves me right for going into battle with an untested fighter against a 4 fight veteran. Congratulations to everyone who cashed on ZIAM.

ABUS MAGOMEDOV starched Dustin STOLTZFUS in 19 seconds after he caught him with a front kick to the face which he followed up with an uppercut and subsequently finished the fight with GNP. It was short and sweet and rather vicious. A rather fantastic debut for a promising new prospect at MIDDLEWEIGHT.  I look forward to his next outing.

NATHANIEL WOOD wins a rather convincing decision over Charles JOURDAIN. This fight was fought largely in the pocket and both men got their licks in but it was WOOD who was winning the majority of the exchanges as JOURDAIN was in rare flat form. Congratulations to everyone who cashed on WOOD at plus money.

William GOMIS won a unanimous decision over Jarno ERRENS with flashy strikes and Takedowns. Both men were extremely impressive in their short notice debut. Errens hit a deep triangle and almost closed the show in the 2nd round but credit to GOMIS for staying composed and fighting his way out of it. This was a fantastic fight and I look forward to seeing what both of these fighters do next.

Roman KOPYLOV gets an emphatic KO victory against ALESSIO DICHIRICO in the 3rd round after he tagged him with a vicious boxing combination that made DICHIRICO do a face plant. This is KOPYLOV’S first UFC win and he looks like he has finally got his Octagon legs under him. Congratulations to everyone who tailed me and took the dog shot on KOPYLOV before the line flipped.

NASSOURDINE IMAVOV won a unanimous decision victory over JOAQUIN BUCKLEY. The first 2 rounds were all IMAVOV but BUCKLEY came on very strong in the 3rd. Unfortunately for him most of the hammers he was throwing were hitting air and IMAVOV was able to use superior footwork and survive the intense pressure despite being somewhat gassed in the 3rd.

ROBERT WHITTAKER schooled Marvin VETTORI for 3 rounds and won a convincing decision victory with a karate style attack that was rather surgical. WHITTAKER managed to touch and not be touched in what was an impressive striking display that left VETTORI stymied. Whittaker is still undefeated at middleweight by anyone not named Izzy Adesanya.

The main event between France’s favorite son Cyril GANE and TAI TUIVASA was a fantastic spectacle that did not get out of the 3rd. ROUND 1 was a close feeling out round while round 2 saw GANE start to pick TUIVASA apart at range but then TUIVASA landed flush and dropped GANE who admitted to Michael Bisping afterwards that he had been flash KO’d in the exchange. As someone who saw value on TUIVASA for that very reason I thought I was going to cash my big plus money ticket but alas GANE was able to recover and he roared back with vicious body kicks that had TUIVASA doubled over and on the brink of being finished. In the 3rd round it was all GANE with more body kicks and beautiful finishing combinations that TKO’D TUIVASA. It was an excellent way to cap off an evening of high level MMA and the French crowd absolutely gobbled it up and let it be known with a collective roar that they appreciated what they were watching. They were loud and proud and it’s safe to say that will now become a regular stop on the UFC tour.

I lost money tonight despite going 7-2 on my predictions but this was an excellent card from start to finish and I look forward to next week’s PPV offering which will be headlined by two of the sports biggest personalities in NATE DIAZ and KHAMZAT CHIMAEV.  So be sure to check out my RAPID FIRE QUICK PICKS article right here at WE WANT PICKS. 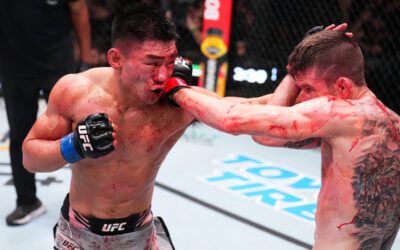 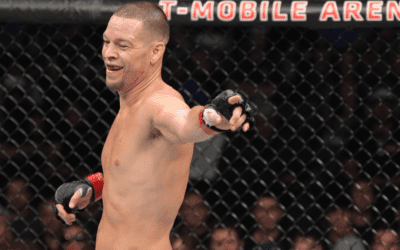 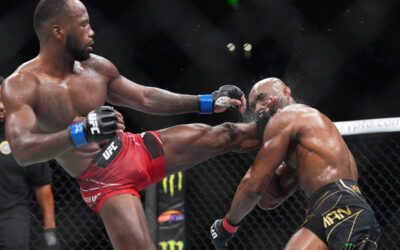 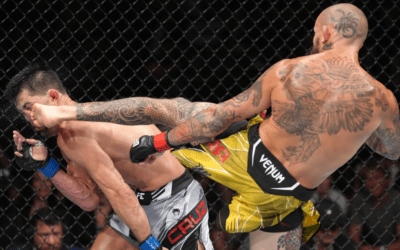