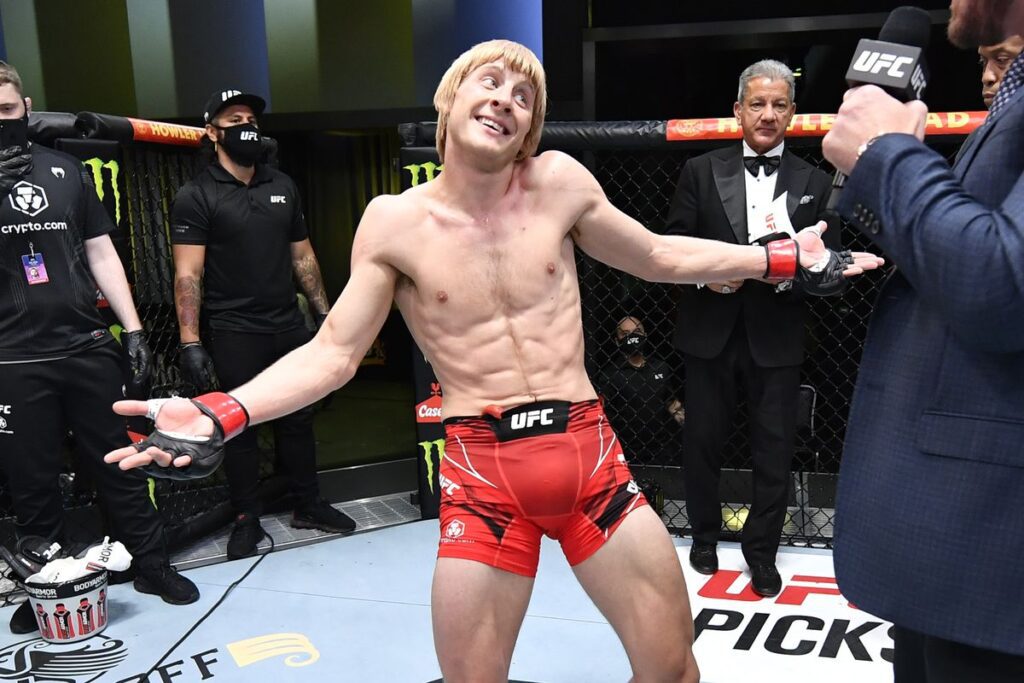 If there was one thing that I was for sure right about last week, it was in fact a wild event. Unfortunately some of the core did not perform and many of the favorites had underwhelming performances. Pretty much anyone who won their tournament this past week had Guido Canetti in their lineup. Imagine the disregard for your money you had to have to put Guido Canetti (or Mouhtino for that matter) into your lineup. Canetti won though, so those that picked him get to be considered a DFS genius for a week.

From the core last week, Javid Basharat’s performance was simultaneously impressive from a real world viewpoint, and abysmal under a DFS lens. Miranda Maverick performed very well, and if you didn’t fade her from your tournament lineup, definitely returned the score you want from that high of a salary. The other two fighters in the core were the dogs, Bruno Silva and Terrance McKinney. Both of them put on a show, but ultimately Silva couldn’t keep it on the ground and McKinney couldn’t get the finish before running out of gas. A solid effort from both though as they scored almost as much as Semelsberger in a “win” – but he was $9300.

Turning to the upcoming card, UFC London, we have a solid event to look forward to with plenty of fun fights happening. This week we are going to go back to using more favorites in the core and then trying to pick our value plays after the fact, as the salaries are a bit more in line with expectations this week.

This is one of those plays that will make me physically ill putting the fighter into my lineup. Full disclosure, I don’t think Pimblett is good. In his UFC debut I believe that against a more capable fighter his night ended in the first minute. He appears sloppy, careless, and I believe has more mouth than might. I think this kid is a hype train that I am just waiting to see crash – yes I am a hater. I believe him to be the Great Value brand cross between Sean O’Malley and Conor McGreggor.

That being said, his opponent, Kazula Vargas is not likely to be the fighter to cause the crash in my opinion. This is another opponent to bring along the very marketable Pimblett. So until he has to fight someone established or at least very experienced, he will be begrudgingly placed into my lineup.

Topuria is another fighter that has plenty of hype, but in this case his hype passes the eye test for him to be worthy of it. Topuria is an amazingly well rounded fighter that has the advantage in any aspect of the fight. Plus he has the fight IQ to go with it. This play will be in all of my lineups, and if he gets blanked then I just am a loser I guess. He is coming in on short notice and moving up a weight class in this fight, so the size discrepancy could cause reason for concern for some in this contest.

Herbert’s only real path to victory would be his size/power, but it really is a longshot against Topuria. I actually expect Topuria to use some of the same strategy he did in his UFC debut where he amassed five takedowns. With Herbert’s 30% takedown defense, that would be the path of least resistance. I do believe that Topuria would win on the feet as well, despite giving up an eight inch reach advantage. 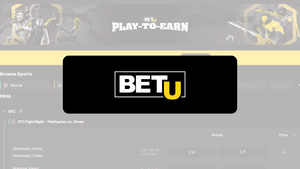 Bet-U is a crypto based game where you literally cannot lose betting on sports and eSports. If you lose - don't worry - it is like the wager never happened!

Jack Shore is an underdog in this contest. Shore is undefeated, and in my opinion has the advantage in every aspect of this fight – including the striking. The fact that I am being allowed to roster Jack Shore in this fight for less than $8000 should be considered cheating.

His opponent is coming into this fight off of a majority decision win over Raoni Barcelos, which was rather impressive. Unfortunately for him, Shore averages four and a half takedowns per fight and he has a 50% takedown defense. Shore won’t let this fight stay standing for three rounds the way Barcelos did.

Volkov is one of my favorite heavyweights to watch. He is an enormous mountain of a man that moves and strikes like someone much smaller. There is a technical beauty to it that just can’t really be explained properly. His opponent, Tom Aspinall, is coming in undefeated in the UFC with an insane strike differential and 100% finish rate in those fights.

The people that Aspinall fought were not Volkov, or even close to the tier that Volkov is on. I really believe that experience and technical striking will win this fight for Volkov. He only has three losses in the UFC himself. Those three losses were to Cyril Gane, Curtis Blaydes, and Derrick Lewis.

The Cyril Gane fight was fought just the way Volkov likes to fight. Cyril Gane was just better. The Blaydes fight went to a decision, and was the only time Volkov was ever dominated with wrestling, he just couldn’t overcome the 14 takedowns. Finally, he was dominating the Derrick Lewis fight, but Lewis caught him with a power shot and ended his night. Moral of the story is that Volkov is not an easy out, and I am not sure I am ready to say Aspinall can be the next guy to accomplish it.

On the flip side, if Tom Aspinall does win, it will be a stoppage and score huge. Aspinall has shown that he is more than capable of ending a fight, finishing three of his four UFC fights by knockout. The other fight he won by submission.

For me, I think playing both in different contests is the move because I see the contest being high scoring in either direction. Either Aspinall gets a knockout which scores big, or Volkov wins a five round high paced (for heavyweights) decision. We also don’t lose the possibility of a knockout from Volkov. This fight will probably be the last one I choose in all of my lineups and go with whichever fighter I can afford.