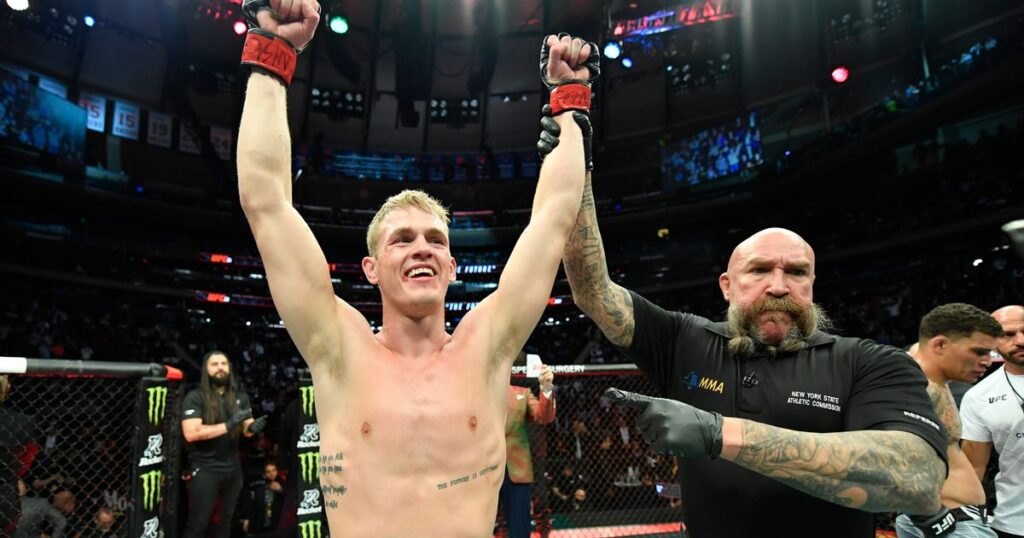 The MMA Gods have been kicking my you know what the last three weeks. PrizePicks plays haven’t been up to par but this week we’re getting into the trenches and coming out on top. UFC 276 is stacked with a lot of great fights so let’s dive into it ;

Alexander Volkanovski vs Max Holloway is the people’s main event. Volkanovski is up 2-0 on Holloway but both fights were razor close, with Max arguably winning the second fight depending on how you scored it. Volkanovski went over in both matchups scoring 120 and 114 respectively. This Saturday at 110 fantasy score, Volkanovski should clear that as long as he wins because volume will not be an issue averaging about one hundred and forty six significant strikes per fight. He also landed three takedowns in the second fight and I expect him to implement the wrestling again.

Ian “The Future” Garry hasn’t really lived up to the hype yet in his first two UFC fights. Jordan Williams had a lot of success on the feet with Garry before getting knocked out and Weeks didn’t do bad either. Now Garry’s facing his toughest task in Gabe Green who’s going to bring pressure like he’s never seen before, with a decent chin even though when Garry cracks him it will get scary for a second. Green averages about six significant strikes per min while Garry only averages about four. Garry and Green both have good cardio but Garry’s chin hasn’t really been TESTED in the UFC, Green would touch him up and really test it. Overall Garry in a perfect world should win but I could see Green still this one in an exciting three round exhibition.

Our league is free to enter. Each week we give away $50 to the winner! Remember that you need to be a member of our website to qualify.

This fight deserves a little bit more love in my opinion. Both girls are scrappers and will leave it all on the line on fight day. Jessica Eye definitely has the stronger strength of schedule she’s going to walk forward and throw volume that’s where the takedowns may come to play. Maycee averages 1.3 takedowns per fight and Eye carries a decent fifty seven percent takedown defense. Barber just needs to time those takedowns like so normally does and this could be sweat free.

This will be a bonus contender fight for sure JALIN Turner has been surging as of late with some wins that have aged well (Mullarkey, Medic, Weaver and Culibao). Brad Riddell is legit on the feet and his wrestling is decent. This will be a SCRAP for however long it lasts but I expect it to at least reach the 3rd. Turner averages 6.51 significant strikes per minute that shows you how insanely low that prop is because Turner carries massive power but Riddell despite getting wobbled in almost every fight he’s really tough and hard to put away. If this fight hits the third round Turner should be over or getting close. Also the measurables are all in him favor the guy is a 6’3 lightweight.