It’s no secret that I loved “Road to UFC: Singapore”, the quarter finals of a tournament in which many fighters from across Asia fight for a UFC contract. There were many standout performances in the quarter finals and I am expecting some great fights when the semi finalists clash in Abu Dhabi, on the 23rd October.

For those unfamiliar with Road to UFC, it is an 8 man tournament for 4 weight classes. 125, 135, 145 and 155lbs. All the competitors are from Asia, and the winner of the tournament will earn a UFC contract. The quarter finals took place in Singapore in June, and the semi finals take place on the 23rd October in Abu Dhabi, the day after the stacked UFC 280 PPV card. This article focuses on the second episode of fights for the night – Episode 6.

LU KAI looked very unimpressive before coming into the Road to UFC tournament, but he looked great in his last fight. Although I’m still not sold on his skillset, no one can deny the fact that his last performance was impressive. However his opponent LEE looked even  better, earning a submission in less than a minute over Bin Xie who could have been in the UFC, as he lost  a controversial decision on DWCS in 2021. LEE’s last fight was his first fight in almost 3 years, and I have no doubt that he will be making constant improvements under the tutelage of the legendary Korean Zombie. Both men are finishers, so I don’t expect the fight to go the distance but I trust LEE’s skillset more in this matchup.

An elite wrestler, RINYA NAKAMURA was my pick to win the tournament before it started. That opinion hasn’t changed. NAKAMURA has an incredible wrestling background at such a young age. Although relatively new to MMA, he uses his skill sets well and he has good striking which I’m sure will keep improving. He won his quarter final fight by first round submission, and I’m sure he will get another finish in this fight. NOSE won his fight by his opponent getting injured, so not much was seen of him. He does pose a submission threat as 6 of his 9 wins are by first round submission, and I would say that’s his most likely path to victory.

WON BIN KI is a huge lightweight. Or at least he looked massive against his short notice opponent, where he scored a brutal first round knockout. SARAGIH also won by KO in his quarter final fight. Both fighters weren’t tested much in their last fights so it will be interesting to see how they look against each other. SARAGIH showed a good striking skillset whereas WON BIN KI needed to defend a lot of grappling before getting the finish. This should be a mostly striking matchup, and I slightly favour WON BIN KI.

KYUNG PO KIM knocked out my pick to win the season in 30 seconds in his quarter final bout. KIM is a great grappler but showed his KO power, and I expect him to keep this fight standing as well. Although a great grappler himself, his opponent ANSHUL JUBLI excels on the ground. Although a somewhat inexperienced prospect, JUBLI earned his spot in the tournament by scoring wins over some of the best fighters in India right now. He stands much taller than KIM as well. I am unsure what to expect from JUBLI as he got a bye in the first round of the tournament. I’m picking KIM to win here as he’s much more experienced and defeated a tough test in his last fight.

In the lone non-tournament bout of the episode, LONG XIAO gets another shot at entering the UFC. XIAO fought to a close decision loss to current UFC fighter Christian Quinonez on DWCS in 2021. He was meant to take part in the tournament but fell ill before the tournament began. He’s only 24 years old but has already had 31 professional fights and proved he has a UFC ready skill set against Quinonez, who won his UFC debut. FELIPE LIMA is also 24 years old and is a great prospect out of Brazil. This should be a great fight as LIMA has KO power, but mostly fights to a decision. LONG XIAO will bring his wrestling to this fight for sure, and if he can use that effectively he has a path to victory. However LIMA is more proven against stiffer competition. This is a hard fight to call against two great prospects, but I’ll side with LIMA due to his experience against higher level competition. 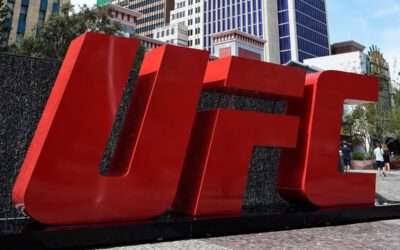 As we move on from a crazy couple of years, 2023 seems to be the year the UFC is targeting fight cards outside of the USA and Abu Dahbi.  We are all aware of the upcoming card in Brazil, UFC 283 - But UFC 284 in Australia has been announced - As well as rumours of a... 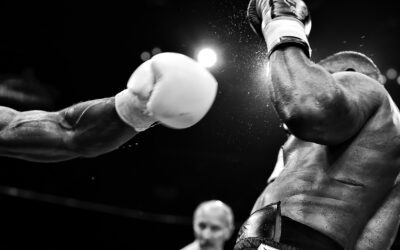 No UFC? What Combat Sports To Watch This Weekend

Weekends without UFC fight cards can be very difficult for a committed MMA fan. Especially for someone like myself who lives in New Zealand- UFC usually starts at 10am on Sunday, and finishes sometime in the late afternoon. Every Sunday I book out to watch UFC, so on... 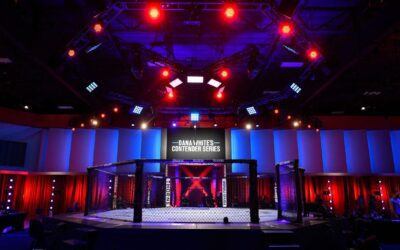 Dana White’s Contender Series 2022 Week 7 was the most stacked DWCS card I’ve seen on paper and it didn’t disappoint. Both Bonfim brothers put on great performances, followed by a banger of a main event. A short notice replacement got a win, and Gianni the Greek is...