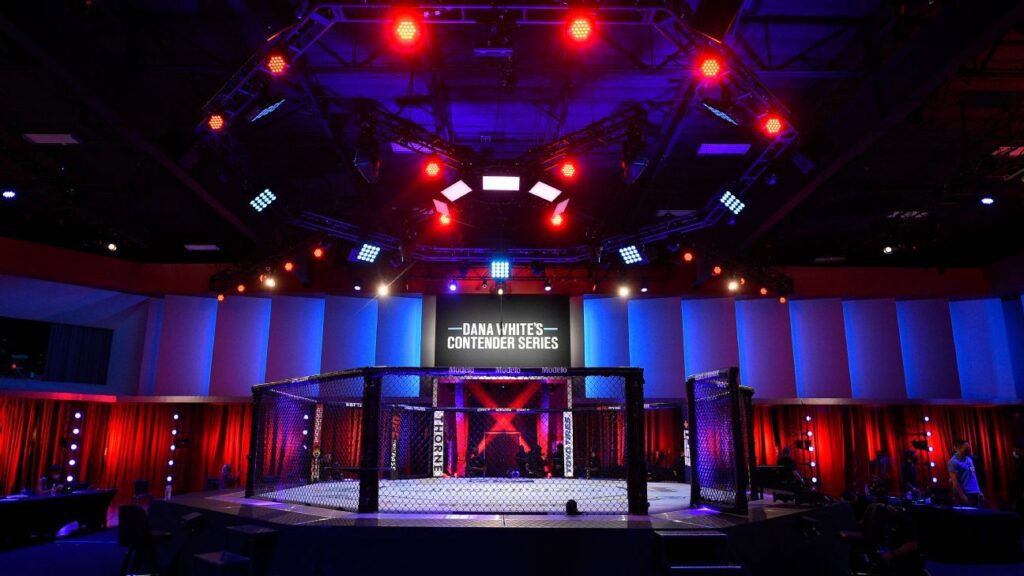 Week 2 of the 2022 season may be the best fight card Dana White’s Contender Series has ever put on. All 5 winners deserved contracts and there is a strong argument some of the losers could earn a contract as well. It was also a great week for Joe Pyfer, the only fighter to earn a contract on DWCS Week 1. Not only did he get front row seats to UFC 277, he already has his UFC debut booked against a very favourable matchup in Alen Amedovski. Hopefully Week 2 is a preview of what is yet to come this year.

There’s a good argument to be made that lightweight is the most stacked division in the UFC. Not only is the top 15 elite, the UFC 155lb weight class is full of unranked prospects, veterans and superstars alike. Both PAULL and RIBOVICS bring an exciting style to this matchup. PAULL has won all 11 of his fights by KO, and RIBIVOCS also boasts a 100% finish rate. Both guys are willing to take shots to land their own, which has worked very well for both so far. Moreso for ESTEBAN, as we have seen PAULL finished in all 3 of his losses. I see RIBOVICS being the more well rounded fighter, with 5 submissions to his name. PAULL hasn’t shown me much apart from his ability to crack on the feet. Even then I feel as though RIBOVICS will be comfortable. RIBOVICS is a confident pick and with a finish I am certain he will earn a contract.

This is a very competitive fight between two guys who have great finishing ability. Truthfully I have found it difficult to be impressed by either of these two, but I think they match up well. Both guys are sloppy strikers and both leave a lot to be desired. VALENZUELA is the better grappler out of the two, and he can finish the fight if needed. But on the feet he leaves a lot to be desired. VALENZUELA slows down as his fights go on, and in general he doesn’t have the best movement. RIBEIRO has 8 KO wins to his name, and being hittable isn’t a trait I like to see against a guy with KO power. VALENZUELA has more ways to win this fight, but for now I will side with RIBEIRO to get a KO. Would recommend staying away from this fight if you were looking to bet. Both guys are potential fades and I have struggled to get a good read on other guy in this matchup.

You could probably describe this fight as a striker vs. grappler matchup. COWAN is going to want the fight on the feet, whereas LEITE will be looking to get the fight to the ground. At first glance it’s difficult to be impressed by COWAN’s record – she lost to a fighter with a 1-2 record less than two years ago. I do view this as a red flag but not something to define her skill set by. COWAN is very athletic with decent striking, and she will definitely be stronger in the clinch than her opponent. LEITE is the better grappler of the two, and both of COWAN’s losses have come by submission so there is a clear path to victory. However I can see COWAN defending takedowns and keeping the fight on the feet. LEITE is a flat footed striker who is very hittable. COWAN is a good enough striker to exploit that and if needed she can look for her own clinch control, or takedown. Overall I think COWAN is better. I can see her getting a contract as she is very marketable, and considering  the state of  the women’s bantamweight division she could go on a run quite easily.

Another lightweight matchup, and another fight that could be considered as striker vs. grappler. SADYKHOV is a powerful striker with KO power. He can be quite a flashy striker when he throws spinning kicks but at times these can lead to him being put in a compromised position. He gives up his back which is something he won’t want to do against AHMAD. AHMAD is a good striker but he does his best work on the mat. He is dangerous on the bottom, throwing up elbows and submission attempts but I don’t think NAZIM will shoot a takedown. But if he wanted the fight to the ground I could see it happening as HASSANZADA has bad takedown defence. SADYKHOV is a powerful striker and as long as the fight is on the feet I see him having the advantage. I will pick SADYKHOV to win as I think this fight mostly will play out on the feet.

This is JOSE JOHNSON’s second time on the Contender Series. His record of 14-7 may not be pretty but it becomes more respectable when you look at the level of competition he has fought. His last two losses come to Mana Martinez and Ronnie Lawrence who are both signed to the UFC. In his second to last fight he submitted Mo Miller in a fight he was probably meant to lose. Dana wanted to see Miller fight one more time before signing him to the big show and JOHNSON completely ruined that plan. On the other hand, CARTWRIGHT hasn’t fought for almost two years. Although he has taken a long layoff, there is a lot of hype surrounding the undefeated prospect. JOHNSON will be the better striker in this matchup, as he has great Muay Thai. However we have seen him outwrestled before, especially in his Contender Series bout with Ronnie Lawrence. JOHNSON definitely has a chance to score a KO, but CARTWRIGHT is likely going to use a similar game plan to what Ronnie Lawrence did. I see CARTWRIGHT takes JOHNSON down and wrestles him for a round or two before scoring a submission.